33 city unions, including IFPTE Local 21 and SEIU 1021, which represent the largest groups of unionized city workers, have reached Tentative Agreements with the City to extend their contracts for a 2-year term. The Tentative Extension Agreements (TEAs) will now go through each union’s ratification process. These TEAs all have the same major terms, which include 3% wage increases each year. In the event that the City’s 2018 March Joint Report shows a projected budget deficit of more than $200 million, the second year’s 3% wage increase will be pushed back six months. If there is a recession, or the new Trump administration cuts funding to sanctuary cities like San Francisco, the City will be able to save some money by pushing back raises. At the same time, City workers will still be guaranteed raises that keep up with CPI increases.

The San Francisco Council, Local 21’s elected leadership body, voted overwhelmingly last week to authorize entering into a Tentative Agreement on the contract extension. They also recommend that the Local 21 membership vote to ratify the TEA. Before the vote, member leaders from all over the city were assigned to talk with members in their chapters, and they reported back to the Council that member support for the Agreement’s terms was overwhelmingly favorable.

Discussion focused on several important factors. The current political forecast and the potential cuts to federal and state funding were a major consideration for members. Also, data from members who took the bargaining survey indicated a majority support for salary increases in this range. Lastly, keeping pace with the cost of living is always a priority, and the upcoming CPI numbers are likely to show a cost of living increase of around 3%. At the conclusion of this discussion, the Council voted to approve a Tentative Extension Agreement with the City for the above terms. The TEA will be sent out for a ratification vote by the membership in February.

In exchange for the security of guaranteed raises in the current climate of unpredictability, participating unions will not go into full bargaining with a list of proposals if the TEAs are approved by the memberships.

San Francisco Vice President Gus Vallejo said, “I have spoken with members about the extension and the consensus is that given the economic uncertainty we face with the new administration, a secure contract is the right way to go.”

Local 21 Executive Director Bob Muscat adds, “Given the new Trump administration and the possible funding cuts coming, we see the advantage of having a closed contract that is both fair and smart.”

The Local 21 TEA must be approved by Local 21 members and the San Francisco Board of Supervisors. Local 21’s ratification process, in which members will cast secret ballots, will take place in February. Stay tuned for more information and on how and where to vote! 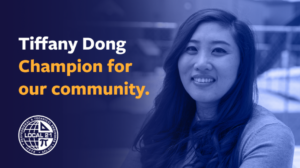