More than 100 Local 21 leaders gathered on a Saturday morning to be a participate in a larger movement to resist against attacks on unions, sanctuary cities, immigrants, science, and unchecked power.

The overarching theme for the May Delegate Assembly was Resistance. Executive Director Bob Muscat’s opening remarks reflected the current and future challenges Local 21, and the labor movement, will be facing.

“We cannot handle business as usual, as though nothing has changed. We need to be strategic in our preparations for what’s coming, and be ready to fight back against any attacks that negatively impact the rights of our members,” said Bob. He noted Local 21’s increased activism, marked by member turnout to the Women’s March, the March on Science, and Local 21’s postcard campaign around the repeal of the Affordable Care Act, which would affect funding for members’ jobs.

He also highlighted some of the Local 21’s achievements over the past six months, including: the San Francisco Retirement Board Election victory, where Local 21’s candidate, Al Casciato, ousted a 25-year incumbent, CCSF’s contract extension with the City, and the start of bargaining for Oakland, SF Courts, SF Unified School District, Solano County, and Alameda County.

Treasure Moses Corette gave a brief presentation on Local 21’s budget, and the Delegate Assembly approved the proposed budget. “Revenues are up, we have more members, and reserves are building,” said Moses. “But there are already multiple challenges from 45’s election that have budget and financial implications.” Most notably, the budget has been reconfigured to be both defensive in preparation for expected attacks against labor, and offensive, in that we are putting more resources into membership defense and resistance activities.“Even our budget is an act of resistance,” said Moses.

Local 21 also officially recognized and welcomed our new Richmond Executive Management chapter. We continue to strengthen and grow our union in the face of attacks to workers both locally and nationally.

Keynote Speaker Angie Wei, Chief of Staff for the California Labor Federation, gave a rousing speech on the negative effects of Right to Work legislation. “Right to Work” is the name for a policy designed to take away rights from working people. The real purpose of Right to Work laws is to tilt the balance toward big corporations and further rig the system at the expense of working families. These laws make it harder for working people to form unions and collectively bargain for better wages, benefits and working conditions.

Angie warned us of impending attacks against workers, backed by out-of-state billionaires like the Koch Brothers, who fund dark money groups like the ALEC (the American Legislative Exchange Council), that create blueprint Right to Work legislation that can be copied and pasted into each State’s legislative chamber, to take away workers’ rights and kill unions, state by state.

But Local 21, and the California Labor movement at large, is not sitting idly by as the 1% attack working families and try to take away our organizing power. Angie emphasized that now more than ever, we need be active, call our congress members, reach out to fellow members to cement the importance of having a strong union, and resist.

After the conclusion of Delegate Assembly business, delegates enjoyed lunch and socialized at the new Local 21 San Francisco office. Local 21 secured a 15-year lease on the new location that locks in significantly below-market rates, creating substantial savings over time. The office warming lunch gave delegates an opportunity to see the new modern office. You can view photos from the Delegate Assembly here.

A politically active and organized membership makes a strong union, and now, a strong resistance. 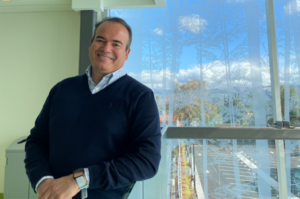 Protected: “It’s something that promises to deliver so much good to the community that I had a hand in it.” Interview with Roberto Mendoza 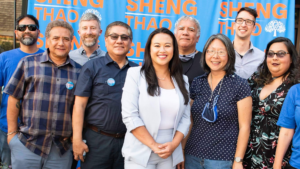