October 2017 Delegate Assembly: We Have a Choice. We’re Proud to Choose Union!

A delegate adds her signature to the Delegate Assembly resolution.

This past Saturday, more than 100 Local 21 member leaders gathered at Preservation Park in Oakland and committed to organize and fight back against anti-worker corporate interests’ attacks on us.

The theme for the October Delegate Assembly was “You Have a Choice. Choose Union!” You can view photos of the event here.

Executive Director Bob Muscat’s opening remarks reflected on his past ten years at Local 21. He noted that when he first started working in the labor movement, they used to call negotiations “collective begging.” “We can’t let them take back 50 years of progress,” he said, referencing the upcoming Janus vs. AFSCME Supreme Court case that could make the entire country right-to-work for public sector workers. “But if any union can stand up to those attacks and come back stronger, we’ve proven that we’re the union that can.”

Field Services Director Alex Tonisson gave an explanation on what Janus vs. AFSCME means for us. The upcoming Supreme Court case could effectively make our entire country “Right-to-Work” for public sector employees. If the Supreme Court rules against unions, Local 21 members’ dues would be paying for the services of non-members who wouldn’t pay fair share fees any more.

This is part of corporate interests’ bigger agenda to weaken unions, ban collective bargaining for public employees, and take away our political voice so they can usher in anti-worker politicians who do their bidding.

Keynote Speaker Joe Kendo, Government Affairs Director of Washington State Labor Council, gave a captivating and thorough presentation on how the history of the billionaire-backed “Freedom Foundation”, the right-wing think tank funding these attacks on workers and our unions, and how they are legislating, litigating, and organizing against us. Their tactics include filing frivolous lawsuits against unions, urging members to drop their union dues, trying to decertify unions, creating their own fake unions to confuse union members into “joining” them and dropping their real unions. “Don’t let them fool you,” warned Joe. He gave Local 21 leaders some words of advice: “Name them. Define them first. Make sure members know who these people are. And make sure members are committing to their real union.”

Delegates saw a video from current Local 21 member Samantha Greene, who lived through Scott Walker’s Right-to-Work attacks in Wisconsin, and saw the effects of those policies first hand. “I’m here to give everyone a heads up that it can happen here,” she said. “We’re not immune to anti-union people being in office.” Speaking to her experience of living under Right-to-Work policies in Wisconsin, she said, “We were no longer able to bargain. We basically had no voice, and no protection. Something similar could happen here.”

However, as with all challenges, Local 21 isn’t going to face it without a plan. Tanya Mahn, Local 21’s Senior Representative/ Organizer, gave an overview of Local 21’s Fight Back plan. Our answer to the Freedom Foundation and Janus vs. AFSCME? Our Conversations and Cards campaign. The goal is to have one-on-one conversations with 90% of the 11,000 employees represented by Local 21, and to get members to sign a new membership card as a commitment to the union. We aim to have at least 100 Volunteer Organizing Team (VOT) members to talk to our co-workers about the importance of the union, and commit them to signing the new Local 21 membership card.

Four current VOT, Danielle Harris, Frances Hsieh, Brad Fox, and Paul Pascoal, spoke about their experiences. “It’s a good way to reach out to coworkers, and to educate them on what’s going on, said Frances. “Using humor is always a good way to connect to people when talking to them about issues,” advised Paul. Between the four new VOTS, they’ve already recommitted nearly 100 members to the new membership card!

The plan was well received; 45 people signed up to be VOTs at the Delegate Assembly. If you want to join the team, email Tanya Mahn at TMahn@ifpte21.org.

Recognizing that the upcoming attacks are a threat to the very existence and survival of our membership and the union, the Delegate Assembly unanimously passed a resolution to prioritize this campaign and committed to internally organizing our members and informing our coworkers about Janus vs. AFSCME.

Other highlights included Local 21 also officially recognizing and welcoming our new Sunnyvale Employees Association chapter, which grew our union by more than 500 members. 43 members graduated from the vigorous Level 1 and 2 steward programs, ready to use their leadership skills to make our union stronger, help implement their contracts, and defend the rights of their co-workers.

We commit to strengthening and growing our union in the face of attacks to workers both locally and nationally. We know we have a choice. And we proudly and unequivocally choose union. 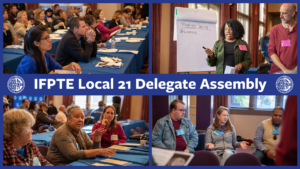 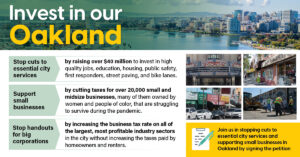 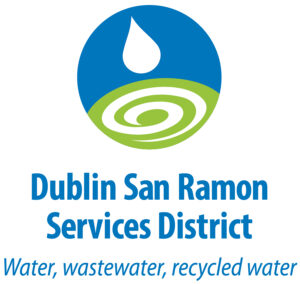